Welcome to L.A.: Home of Trash, Homelessness, Feces, and Rats 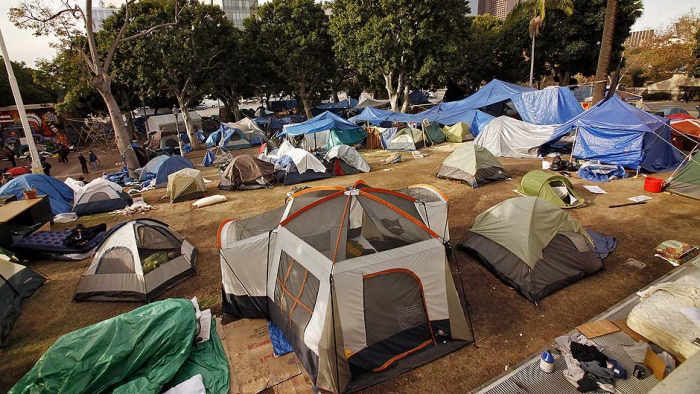 California dreaming was once an axiom for everyone living in the United States. Cali had the best of everything including, beautiful women, breathtaking beaches, gorgeous weather year round, and of course Hollywood’s elite. However, in 2019, there are many other attributes California has earned, qualities that are tarnishing the popularity of the state.

Take for example the increase of homeless citizens that have taken over the once beautiful city of Angles. Last year the city spent $600 million to rectify the homeless problem only to see the total number of homeless rise 16 percent to around 60,000 people.

Homelessness jumped 12 percent over the past year across all of Los Angeles County.

Steve Lopez, a columnist with the Los Angeles Times, ripped city officials in his column saying “Los Angeles looks as if it’s digging out from a hurricane, with hordes on the streets, tents everywhere and armies of rodents on the march, inciting fears of disease.”

However, politicians don’t see the homeless issue as their number one priority.    According to the Sacramento Bee, California is set to become the first state in the country to pay for thousands of illegal immigrants to have full health benefits.

Under an agreement between Gov. Gavin Newsom and Democrats in the state legislature, low-income adults between the ages of 19 and 25 living in California illegally would be eligible for California’s Medicaid program, known as Medi-Cal. The deal emerged as part of a broader $213 billion budget.

So for those keeping score, California would rather dump 213 billion dollars in healthcare for illegal migrants, while according to Lopez, he has readers sending him photos of “half-clothed people passed out on the pavement, sidewalks blocked by tents, bulky items, piles of poop and enough trash to fill the Grand Canyon.”

In my opinion, this is why Democrats of California cannot be taken seriously. Migrants getting healthcare is an obvious ego boost for city officials and a direct attack against President Trump and his administration.

However, while illegals are winning, our own citizens are losing.

To hear more about this topic, please listen to the June 10th podcast.