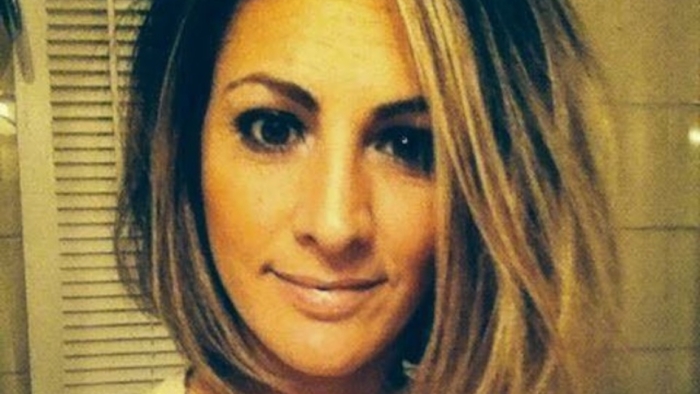 Who is Nikki Pags?

I was born and raised in North Babylon, NY. I graduated FAU with a Bachelor’s in Communications but never pursued the field. I wanted to be like Maria Menounos (since I didn’t have the talent to be Gwen Stefani) but then I changed my mind after I graduated. I still have no idea what I want to be when I grow up…I am still searching.

I am an advocate of H.I.T. training and my mentors are Drew Baye, Dr. Doug Mcguff & Richard Berle.   I dream of opening my own personal training studio one day. I imagine it having a small salon attached and it being a place where women can come to work out as well as hangout, gossip, get their hair and makeup done and leave feeling prettier and more confident.

I was first introduced to Joe Cozzo in 6th grade when my childhood friend Kristen moved across town and changed elementary schools. While visiting Kristen’s new neighborhood and taking a walk up to the stores there was an older guy approaching us from the opposite direction. Immediately, I was warned by my friend that the boy approaching was a major ball buster and that we were about to get teased. It went something along the lines of, “Oh shit here comes Cozzo, he is going to make fun of us!” hahahahahah… And she was right, I think he busted on my eyebrows or some shit. I am half Greek & half Italian, and this was way before I was introduced to threading. He has basically been busting my chops ever since, but I have grown to understand his teasing comes from a place of love.

One time, at a house party in high school, Joe sat on the couch telling all his guy friends the details of his “experience” with his girlfriend. I’ll never forget how he was whispering the details and his friends sat hanging on every word with excitement. I pretended I wasn’t listening, but I was!   To be honest, I have always been a fan of Joe’s “talk shows!”

Later in life, after I moved back from Florida, I caught word that Joe was acting, doing stand up and pursuing radio. I was 100% sure that that was exactly what he should be doing, and I knew he was going to succeed. I wanted to go to his stand up, listen to his podcast and do whatever I could to support him. I love listening to his interviews and prank calls, and thoroughly enjoy when he does his classic “call you out on your shit” to the guests. I love witnessing strangers go through the stages of being introduced to his big personality and either being completely annoyed or falling in love with him. I do not feel I am much of a guest and perceive myself as a more of a longtime, loyal fan.