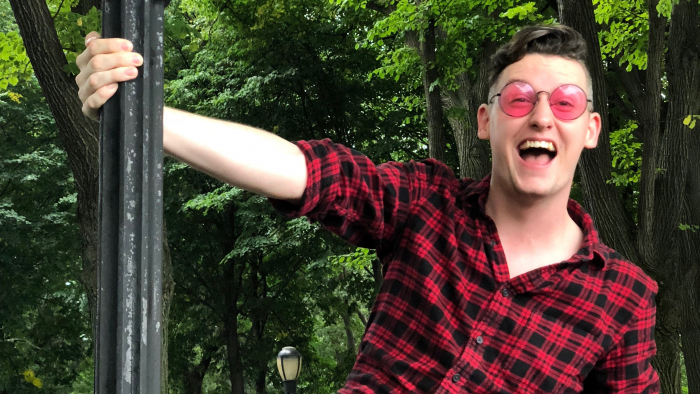 Kramer Lindsley is a queer NY-based actor/comedian. Originally from the Midwest, he has found his home on stages across the city, including Broadway Comedy Club and StandUp NY. Most recently he was seen as the titular role in a new musical called “Gollum Owned a Tropical Smoothie,” as well as the pilot for “Woof: The Web Series,” available on YouTube.

He is currently putting together his first one-man show “A Star is Bored: Stories from an American Queerdo,” so keep an eye out for that in the near future!