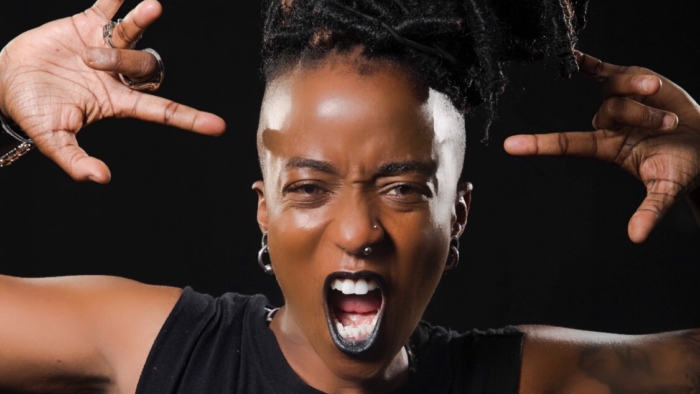 “Kodi Me’Chele your funny as hell” is what an old couple yelled to Kodi on stage while she was performing at The Improv in New York City over 15 years ago.

Born the only child somewhere down south to parents that always hated each other, Kodi found a way to make everyone laugh; about anyone, anything and situation. “I have always been shy, so I found the best way to make friends was to crack a joke here and there.”

Kodi Me’Chele found inspiration from people such as Richard Pryor, Bill Cosby, Robin Williams, Whoopi Goldberg and those Saturday mornings her Mother made her slave doing housework. “I’m telling you my Mother only had me so she wouldn’t have to clean the house or get the remote control.” Kodi says while washing a few dishes in the sink.

After years of hard work and determination, Kodi Me’Chele has been laughing because she still can’t believe she does not have her own 10 minute Netflix special. “I’m waiting for that 1000.00 offer.” Kodi says as she is mopping the floor. If you have not heard of this talented young lady, sit down and get ready to laugh as Kodi Me’Chele is Funny as Hell shows you why she won’t be going anywhere soon in this business.