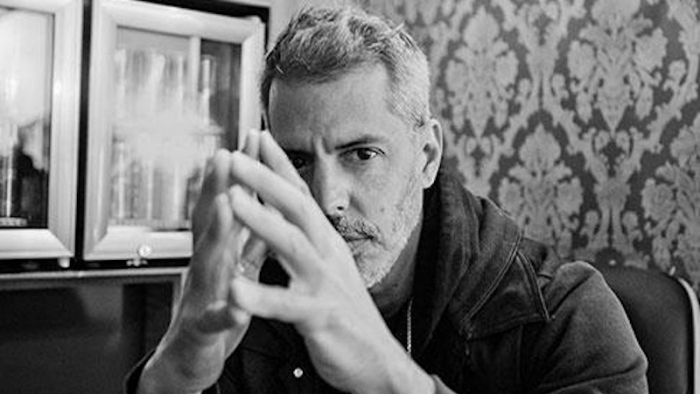 Justin BUA is an award-winning artist, author, speaker, and entrepreneur.

Groundbreaking in his field, BUA is internationally known for his best-selling collection of fine art posters—The DJ being one of the most popular prints of all time.

Born in 1968 in NYC’s untamed Upper West Side and raised between Manhattan and East Flatbush, Brooklyn, BUA was fascinated by the raw, visceral street life of the city. He attended the Fiorello H. LaGuardia High School of Music and Performing Arts and complemented his education on the streets by writing graffiti and performing worldwide with breakdancing crews. BUA went on to the Art Center College of Design in Pasadena, California where he earned a B.F.A. and taught figure drawing at the University of Southern California for ten years.

Starting in the world of commercial art, BUA designed and illustrated myriad projects, from skateboards and CD covers to advertising campaigns. He developed the look and feel of the opening sequence for MTV’s Lyricist Lounge Show, EA Sports video games NBA Street and NFL Street, and the world of Slum Village’s award-winning music video “Tainted.”

BUA’s line of apparel and a limited edition shoe line with PF Flyers sold out completely. BUA went on to create his own animated series Urbania and was the host of the Ovation TV series American Revolutionaries, later directing his own Ovation documentary on the legendary DMC, entitled Walk This Way. In 2012, BUA accepted an NAACP Image Award and a Telly Award for his art direction in Kareem Abdul-Jabbar’s documentary film On the Shoulders of Giants.

As a longtime vegan and health-advocate, BUA recently created The BUA Bar, a raw, organic chocolate bar for people with “old-school tastes and new-school sensibilities.” The BUA Bar tastes so good, it should be bad!

In June 2013, BUA became the first artist to launch an online school with ArtistWorks, allowing beginning and advanced students around the world to study his curriculum and interact one-on-one through video exchange.

Shop all of BUA’s work at – justinbua.com