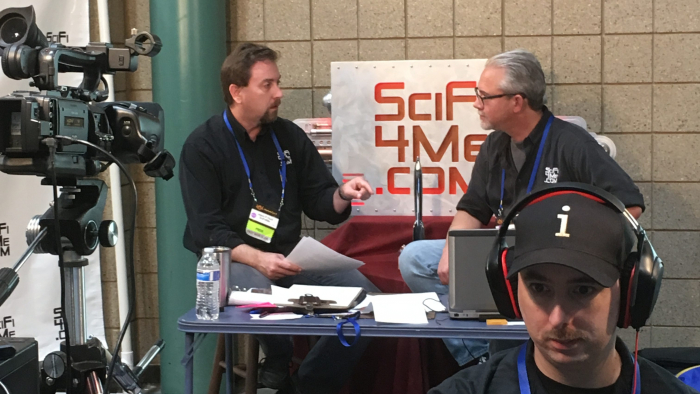 SciFi4Me is a 24-hour news and entertainment platform dedicated to the coverage of the science fiction, fantasy, and horror genres in film, literature, television, games, and comic books. Our mission is to provide the genre community objective and accurate news and well-reasoned opinions without malice or prejudice. Our coverage includes traditional news articles, book and movie reviews, television show recaps, celebrity interviews, podcasts, original video productions, and convention news. The work we do can be best described as “geek journalism”. Our reporters and pundits are fans of everything from ray guns to swords, dragons to spaceships, and everything in between.

Jason Hunt is editor-in-chief and founder. He’s a life-long fan of science fiction since he saw a guy in a gold shirt and a guy in a blue shirt, and the guy in the blue shirt had pointed ears… A fan of science fiction ranging from Heinlein and Asimov to Roddenberry and Rockne and everything in between, he is the producer/director of the rom-comThe Apology Dance and author of the sci-fi novellaThe Hero At the End Of His Rope. His short film Species Felis Dominarus was a finalist in the Sci Fi Channel’s 2007 Exposure competition, and he has two awards from the Missouri Broadcasters Association along with several Addy awards and citations. He also likes dogs. And bacon.