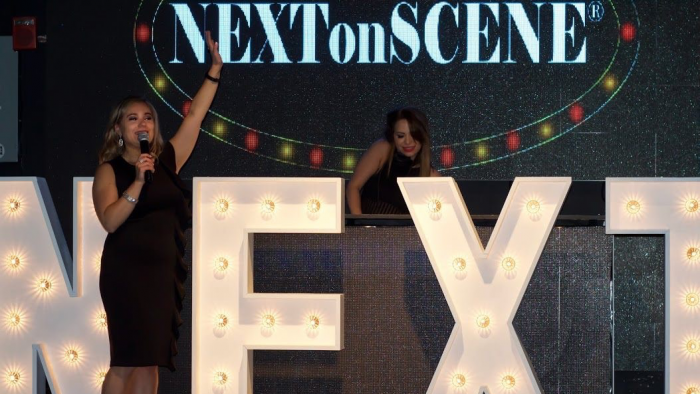 Jaclyn Zukerman’s (JZ) business to get her clients ‘on scene’ where it matters. She has hundreds of thousands of social media connections and loyal followers all looking for the very latest trends, fashion, inspiring products, and cutting edge business ventures.

Originally from New York, JZ relocated to Boston in 2014 and has been blazing a trail ever since. Based in Everett, MA, she is the CEO of NEXTonSCENE Media LLC, Editor in Chief of NEXTonSCENE® magazine, podcast broadcaster for “NEXTonSCENE® with JZ”, and a producer of high-quality promotional events and PR campaigns.

JZ’s talent for promoting started while she was still in elementary school getting paid to help publicize her brother’s event business. After graduating from college with a Communications Bachelor’s Degree specializing in Public Relations in 2011, she plunged head first into TV & radio production for shows such as HOT97 and Cool Jobs in IMBD, and is no stranger to the camera herself after appearing on the MTV pilot “Hypnotize My…” as well as in the WETV web series “You’re Wearing That”. She also worked as a casting agent landing major roles on Broadway – specifically “Kinky Boots” – and has helped place babies to eighty-year-olds on television and into movies. Prior to casting, JZ was a PR intern at Bloomingdales and an assistant stylist to Padma Lakshmi on Top Chef season 12!

However, coming from an entrepreneurial family, JZ knew that she had something more to offer and decided to strike out on her own. She moved on to manage successful PR campaigns and started broadcasting the “NEXTonSCENE® with JZ” podcast series in 2015 from her bedroom closet to promote celebrities, showcase the very latest fashions, new products, and interesting start-up ventures.

Strengthening the NEXTonSCENE® brand and reaching an even wider audience, in 2016 JZ launched the glossy magazine, NEXTonSCENE®  to profile up and coming trends, talent, musicians, designers, small businesses, new products and much more. By approaching her own brand in the exact same way that she uses to promote her clientele, JZ has grown the title into a profitable business both digitally and in print, as well as providing yet another successful promotional channel for her clients.

Simply put, JZ is passionate about getting people talking. When she’s not busy enabling new trends JZ spends time with her husband, works out, and hangs with her right-hand pup, Hershey.

Check out the NextonScene Podcast