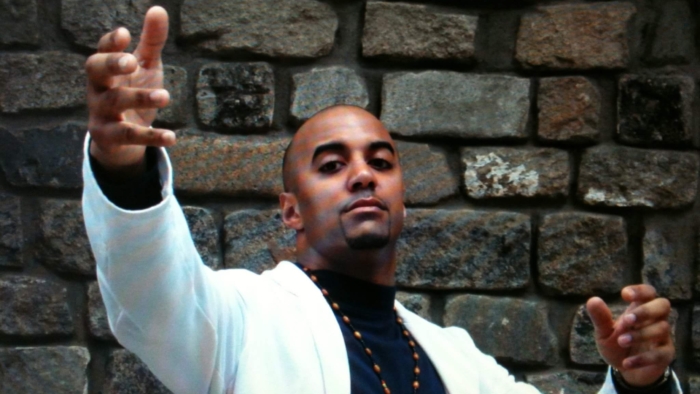 Trance denotes a variety of processes, techniques, modalities, and states of mind, awareness and consciousness.
Trance states may occur involuntarily and unbidden. The term “trance” may be associated with meditation, magic, flow, and prayer. It may also be related to the earlier generic term, altered states of consciousness, which is no longer used in “Consciousness Studies” discourse.

It’s not just music or a bunch of good dance beats mixed together, it’s a spiritual gathering to share a journey that is just unexplainable in a very entertaining way!

He has been called a preacher, a musical prophet in the DJ world. The Reason being when he’s not behind the decks performing, he’s constantly talking to people reaching out to them. Right from wrong the reality of the facts of life, in a world, we live in full of false pretense.

When he is performing behind the DJ booth he expresses the presence of the holy spirit, which no other DJ in the world has ever done. He has the power some say to provoke emotion. Has left some fans in tears and speechless at times, during a long journey.

Over the course of 14 years, he’s mixed over 200 mix compilation’s and has personally given away 50,000 copies to everyone. In the past 5 years, he’s released on mixcloud 43 mix compilation true story albums. 16 Albums have hit the EDM culture with a raged storm like fire in 2018 so far. His personal promotion has reached all corners of the world. Many believers who have heard his deep powerful potent spiritual journeys have learned to appreciate a DJ who brings a vibe of spirituality to their heart and mind. He’s ranked in the Top 10 worldwide in the instrumental, progressive trance, ambient and deep house charts on mixcloud worldwide. Joker has played sets overseas in South America. He appeared on stage for a very spiritual ceremony with the world famous Rabbit In The Moon at the Ultra Music Festival in South Beach Miami. Mostly has performed in New York cities notorious super clubs. He has held a residency at the biggest club in the United States
Exit, also played at Webster Hall as his first ever gig, Discotheque, etc.

Joker has been recognized by the biggest names in dance music, to be one of the great up and coming youngsters. DJ producer/re-mixers such as 3 time worlds #1 DJ Tiesto who he has received honorable mention from on his mix album Spiritual Journey, Edgar V, Mike Saint Jules, Johnny Vicious, Max Graham, Martin Roth, Mr.Sam Liquid Todd, Chris The Greek, Tony Montana, Progression, Joop, and even his favorite of DJ’s Paul Oakenfold who recently praised Joker in 2008 after hearing his mix CD Spiritual Life. His favorite DJ Above & Beyond that’s about to perform at Madison Square Garden and favorite stage performers Rabbit In The Moon who has herd his spiritual journeys just to name a few. From dance music station in America 103.5 KTU. The Solid State Mix Show from 92.3 K-Rock when it was on AIR had chosen Joker, to make his first radio station debut as well.

DJ Joker’s high interest is King of Reggae Bob Marley. He also has high interest in Anthony B which is his favorite reggae artist and friend. He also called to give Joker massive respect for his positive dance music programming from Reggae roots culture. He incorporates his early day roots beginning sound at the age of 15, in today’s Trance music. How so? He says: I don’t really know how, because it’s a part of who I am. You can’t explain who you are and your reasons for being here on earth and why God put us here. I mean you can’t explain why God made you white or black, or why you do this or why you choose this color or that sound or this sound. You just do what your heart tells you to do or whatever. You just accept it and go on with whatever specialty or gifts of talents God has given you. I just choose to use it to the best of my ability that’s all. God use me to spread the righteous positive message of peace, love, tranquility and the almighty through the sounds of Trance, or whatever sound I choose to use.

This sound can and has reach people from all over the world. Even though they don’t understand certain languages, they can understand the way He feels and the message he’s sending through the themes and instrumental sound called Trance. From the sounds that He plays and also how he feels inside within life in general.

So there you have it! He just does it because it’s a part of who he is. We expect nothing but lively amazing spiritual loving vibes of entertainment from this young determined world individual of peace & love for all mankind.