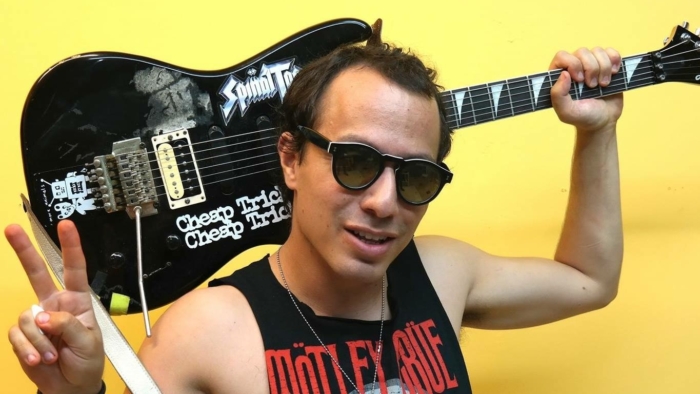 Channeling 50 years of hard rock heritage, Ben Katzman’s DeGreaser deliver with heavy shredding and posi vibes. Currently based out of Miami, DeGreaser are dedicated to spreading the shred worldwide.

“DeGreaser is a band hardly afraid to tow the line between Judas Priest metal and pop punk, a music blend that may chafe some folks.” – No Reccess Magazine

Formed in 2014 amidst the dirt and frenzy of Boston’s electric DiY community, DeGreaser is the unruly lovechild of one Ben Katzman, a self-trained shredder with deep roots in Miami’s metal scene yielding an undying love for KISS, Van Halen and the Ramones. Playful yet earnest, DeGreaser celebrates the rock and roll ethos but with a dedication to the core belief that you can only be cool by being yourself. Mix in an obsession with astrology, cults, soaring guitar solos and all things John Travolta, and you have yourself a potent cocktail of rippin’ good times.

Bouncing around between New York, LA, Miami and Boston, DeGreaser has always stayed true to their mission of promoting their ’chilling hard’ attitude. The band has toured and played shows across the U.S. with La Luz, Mannequin Pussy, Guerilla Toss, White Fang, Colleen Green, Tall Juan and countless other fellow shredders.